Learn how to dance with private hip-hop or breakdance lessons, by making sure to progress up to 4 times faster than in a group dance class.

The first reference to hip-hop dance dates back to the 70’s, when new moves were introduced into the dance world. It allows to follow the funky sounds of hip-hop music which was also to be discovered.

It is the most popular dance style among African-Americans and Latin Americans at the beginning. Many civilizations now claim to define this diverse dance phenomenon.

Hip-hop dance can be found all over the United States, from the “Boogie Down” of the Bronx in New York City to the “Beat Street” neighborhoods of Compton, California. This new style of dance appeals to young people all over the world. Hip-hop includes tricks such as controlling, jumping, locking, sliding, vibrating and krumpering.

In the beginning, hip-hop artists made certain hip-hop dance moves popular, such as Humpty dance. They created the songs from which these dances were derived. 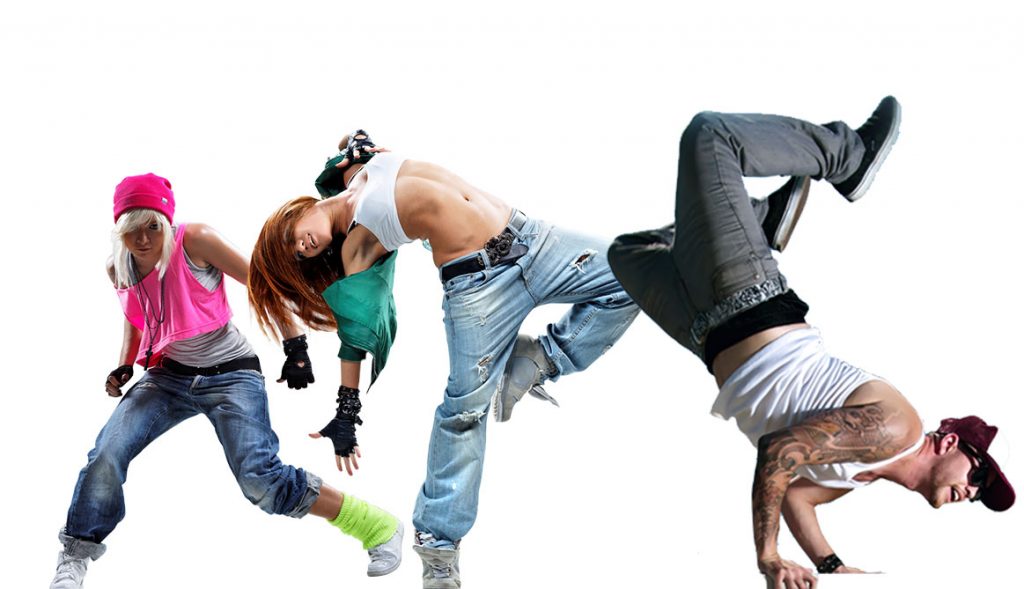 In the late 1960s, Afrika Bambaataa recognized that breakdance is not simply a form of dance. He saw it as a means to an end… Rock Steady Crew, arguably the largest breakdance collective in the history of hip-hop. He adds innovative acrobatic moves to the art.

Breakdance is one of the four elements of hip-hop. The three others are Graffiti, Art, DJing and MCing. Breakdance has also been called the right foot, rocking, b-boying and break. It is a type of dance that combines strength, momentum, balance and creativity.

It is called the Hip-Hop of the 21st century. Nowadays, street hip hop is likely to be an enlightened, well-orchestrated, and hip hop fusion is winning Tony’s on Broadway. The roots of Hip Hop were originally informal and are based on the group rather than the audience. But it has also evolved.

Hip-hop is so powerful that it has moved from the downtown core to the mid-1990s and continues to grow. Hip-hop is a dance style that now appears at various events, and can be found on several occasions

Popular hip-hop dancers can rock a club stage, but they can also hypnotize a competition jury made up of dance experts. Or they can dazzle audiences on national television.

Choreographer Wade Robson created his television show, The Wade Robson Project, to select future hip-hop dance talent, while dance teams such as Diversity and iCONic Boyz were busy impressing their television audiences with their moves and styles.

Since the rise of music television and social media, Hip Hop has dominated music videos.

Hip-hop dance choreographers are changing the world of dance movement with their unique interpretation of traditional steps and styles. They are rapidly changing the face of dance history.

However, today’s styles and requirements are quite different from those of Jackson’s renown in the 1980s. Hip-hop dance choreographers find their fame and recognition as directors of impressive music video clips. We can also find them as judges in popular dance television shows. No matter which road they take, choreographers deserve recognition for all they have brought to the Hip Hop industry. They continue to develop this style of dance in order to offer new techniques on a regular basis.

The teacher comes directly with his sound system and a playlist of selected songs.

Nothing is to be planned besides a little space. A minimum of 55ft² for 1 person and a minimum of 70ft² of free space for 2 people.

private dance lessons also available 7 days a week, in the evening or on weekends.

337,50 $. That is 45$ an hour for 1 person. We enable you to progress and improve. You will acquire the basics needed in the style of your choice to be comfortable and improvise on the dance floor.

390$ for 2 people. Or 65$/hour. Depending on your training between classes, you will be able to have basic steps and improvise with 2 people in the style of your choice.

Limited time offer at the moment:

Enjoy up to -38% on all sessions added beyond the 12 Hours package.