What music should I choose for my first wedding dance ? 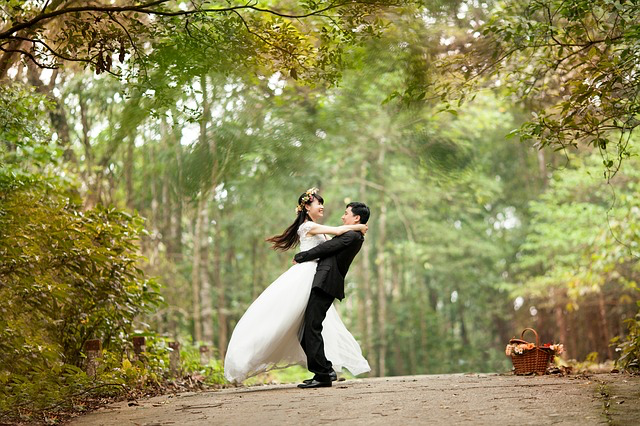 Here it is, you have made the big leap and decided to open the ball by performing a first wedding dance in front of your guests. Now is the time to choose which music will be featured during this magical moment of shared complicity.

It is not always easy to agree on a music that appeals to the two future newlyweds; it’s not so easy to find ideas for music either. Between hesitation, agreement and envy, the choice may seem complicated.

Depending on your style, personality and musical tastes, our teachers are there to guide and advise you. We will still try through this article to direct you so that you can find «the» music that will vibrate the audience on D-Day.

How many songs for a first wedding dance ?

What is done the most and what is also the most effective in terms of learning choreography is the medley of 2 musics. It is a mix of slow, rather sweet music on which you will be able to bring out the romantic side of the opening dance. As a result, a mix is made, usually a «scratch» sound is added and the second music starts. Space for a change of ambiance, showing a more dynamic side. By letting the music turn at a stronger tempo and rhythm, you can invite your guests to join you on the dance floor at the end of your choreography.

You can also go on a single music with a well-defined theme (to bring out the emotional side and really complicit between you for example with a rather slow music ; but also choose a more rhythmic music on which you will perform your choreography with a more fun atmosphere).

The emotion and surprise for your guests will be there on your wedding day. Everything is played out in the intention that you will give while dancing, thanks to the advice of our specialized teachers.

The classics of recent years :

Retro songs that always have their effects :

The 2nd music or the more rhythmic music :

Hopefully this has opened up some avenues of research; the main thing is that the music pleases the two bride and groom. So it will be as easy, to bring out the emotion in the dance on the wedding day.

So let yourself be guided by the notes, express yourself and make your choice among the innumerable existing titles, in original or revisited versions.