Ballroom dances of Latin origin that are part of the ballroom repertoire are varied. Dances such as rumba, mambo, chachacha, samba, tango and paso doble were adapted to this style and became very popular ballroom dances.

Today, these ballroom dances of Latin origin are taught in dance schools and included in ballroom dancing competitions. Like ballroom dances, these Latin dances retain certain qualities in their movements, steps or rhythms. But can also be danced in a more stylized way.

Discover six of the most popular ballroom dances of Latin origin :

The rumba is one of the most sensual ballroom dances. This rumba should not be confused with the Cuban rumba, whose rhythm is faster. The ballroom rumba is slow. It is almost always danced to the rhythm of the bolero.

The salon rumba is more associated with what in Cuba was called its bolero. In the early 1950s, this dance was brought to London, adapted and adopted as a ballroom dance.

The salon rumba is a dance of flirtation and conquest. The man tries to conquer the woman with his gallant movements and lively steps. The woman expresses her sensuality with her sinuous steps and undulations.

The rumba is one of five Latin dances included in international ballroom dancing competitions.

The mambo stands out in ballroom dancing as an expressive and passionate dance. It comes from dance with jazz influences, but its roots, both rhythmically and in its language of dance, are African.

Mambo as a musical genre was born in the 1930s in Cuba. In the 1940s, the mambo became a popular dance. Initially, the mambo was danced with elaborate acrobatic movements. Over time, their movements were modified and became more accessible as a social dance.

The chachacha is a dance with a lot of mischief and rhythmic flavor. She is originally from Cuba. In the fifties, it became popular in the United States and in the Hispanic world.

The chachacha is danced in a slower rhythm than the mambo. It is distinguished by three quick steps executed in two beats of a 4/4 rhythm. In fact, the name chachacha is an onomatopoeic word. It refers to the shoe sound that is created when dancers perform these three steps.

It is one of five Latin dances included in international ballroom dancing competitions.

The samba is a dance with a happy rhythm. The samba was traditionally danced in Brazilian carnivals. This dance came to the United States in the 1920s. Samba, as a ballroom dance, is a bit different from the original Brazilian samba. It is danced in pairs to a rhythm of 2/4 to 4/4.

The tango is one of the most dramatic ballroom dances. Its origin is Argentine tango, a genre of dance and music with African and Spanish influences.

There are two styles of tango in ballroom dancing, one American and the other international. The American style of tango is influenced by dances from 1920s Hollywood films and popular dances of that era.

The international style of tango developed during the first decades of the 20th century. In this style, Argentine tango puts more emphasis on the gallant position of the torso and the movements of the head.

The two styles of ballroom tango differ from Argentine tango in the way they are performed. In parlor tango, you take a step and hold on for a while before moving on to the next step. In this way, the accents of the music are marked.

The paso doble is an intense dramatic dance. It is a representation of bullfighting. For this reason, it is believed to have originated in Spain and then developed as a social dance.

The paso doble is danced to bullfighting music. It is danced in an upright position with the chest extended outward. The walks and postures represent the actions of provocation and avoidance so characteristic of the bullfighter.

Learning to dance ballroom dances of Latin origin is not complicated at all!!! Contact DanceAllStyles, our expert private coach teacher will come to your home according to your availability 7 days a week for your Latin coaching. We are waiting for you to dance together! 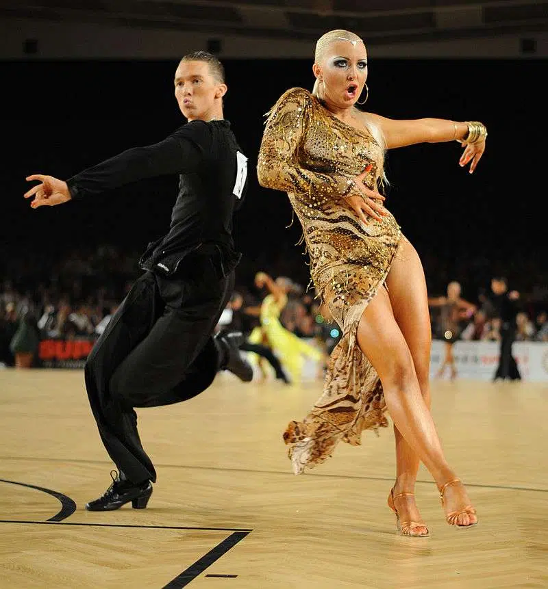 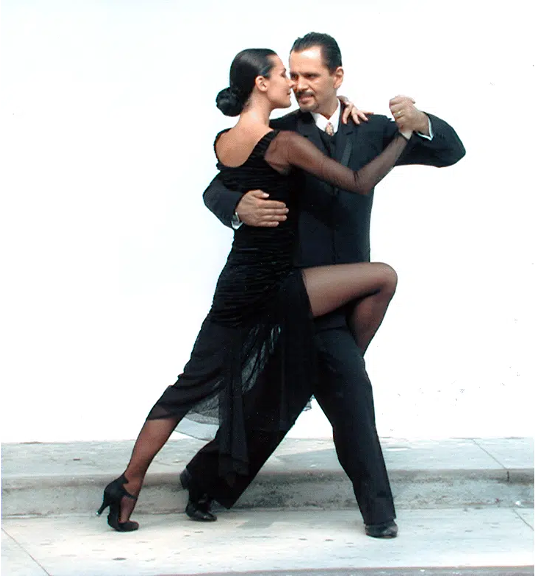 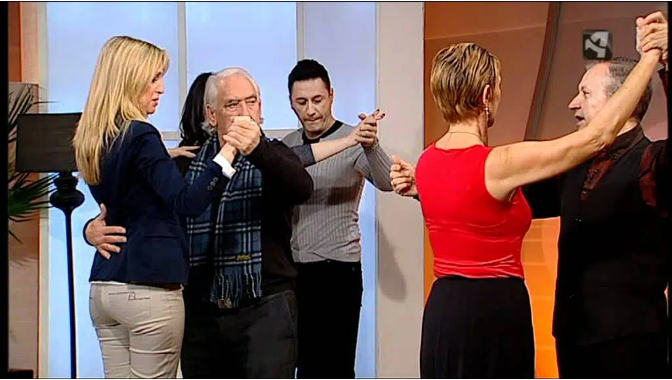 Rate this post
What music should I choose for my first wedding dance ? Dance the most complete exercise
Scroll to top